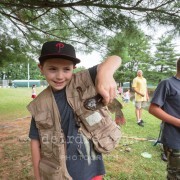 On July 4th, 2014 at Northern Community park in Bordentown Township, the Annual Fish Derby began at 9Am for Registration and fishing started at 10AM-12PM. Trophies were awarded at noon for the “Largest Fish Caught”. The pond was stocked by the NJ State Fish and Wildlife.

For a while the fish were not biting because the barometric pressure was too low. This meant to the fish that it was going to rain or storm, so they stayed closer to the bottom. Then suddenly towards the near end of the event, the fish started to bite as the afternoon weather became clearer and warmer. 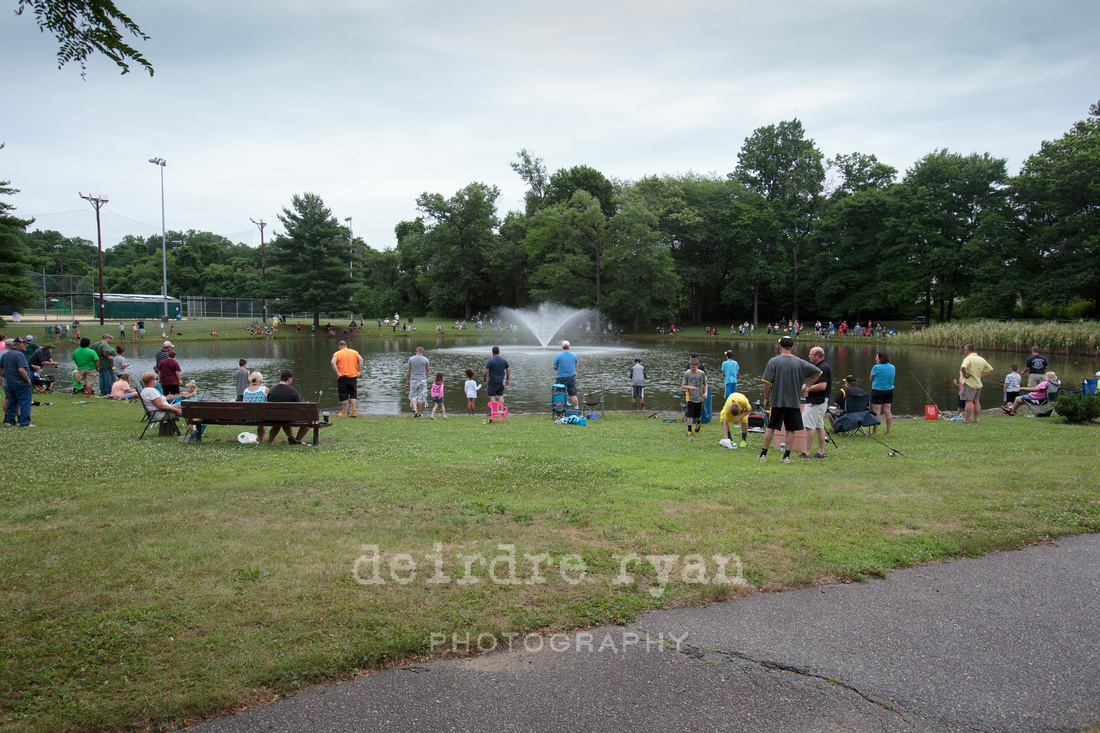 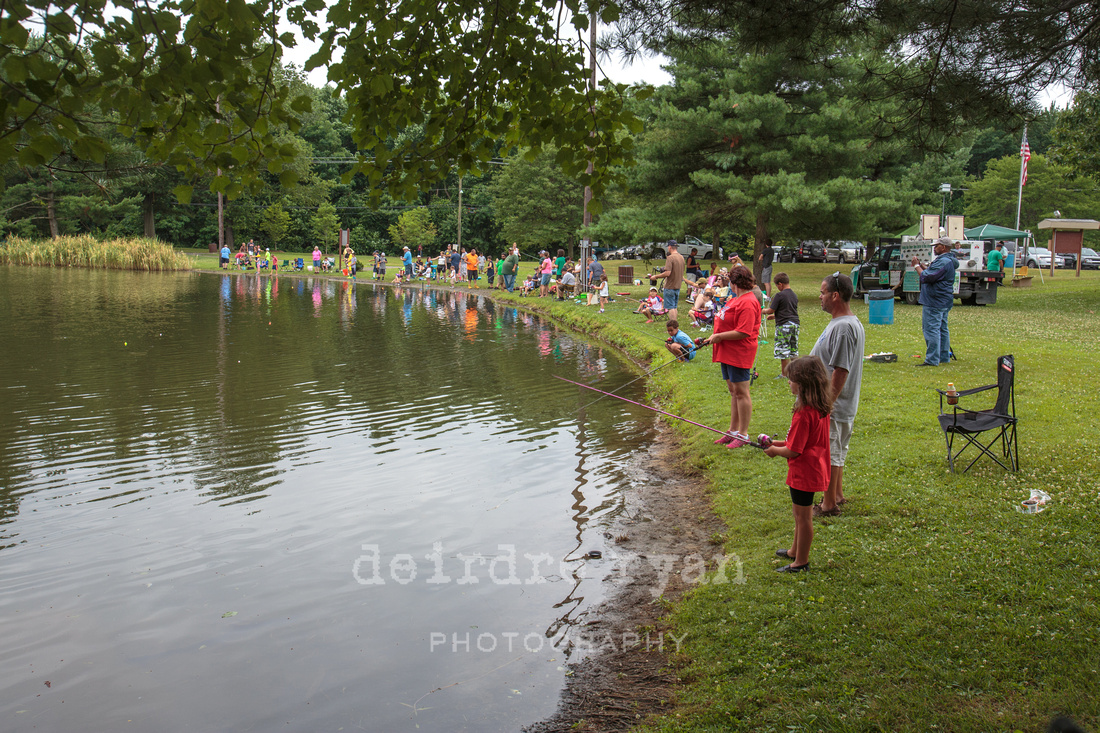 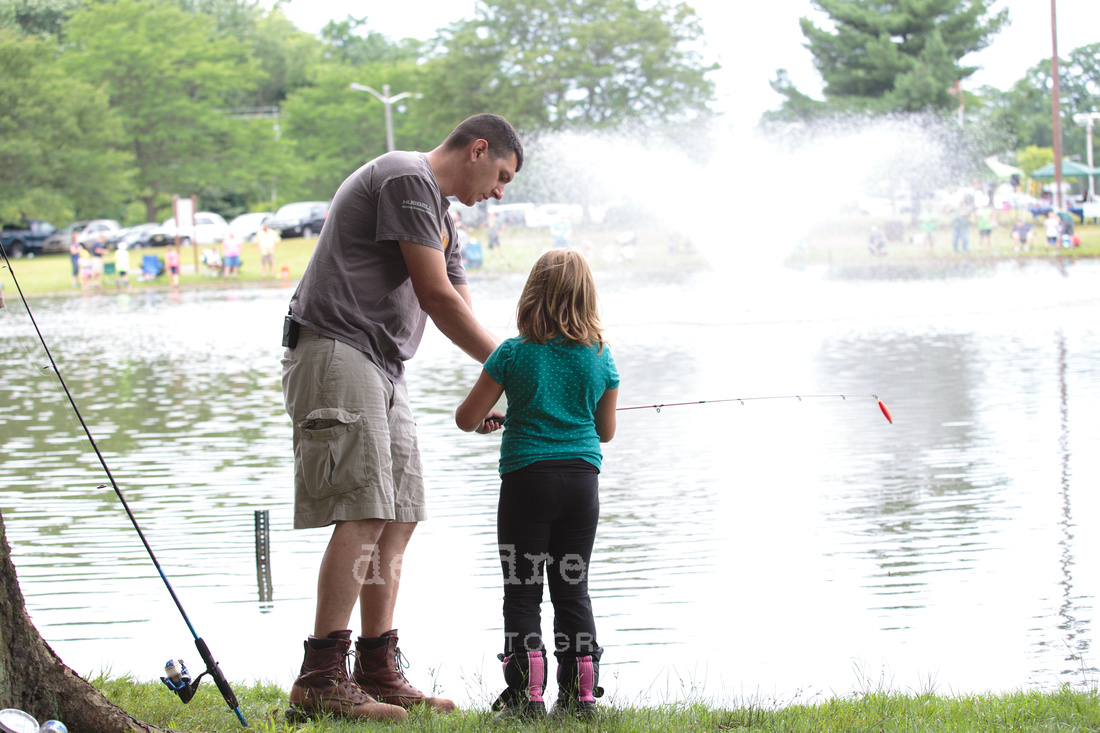 A young girl gets some help from her father with casting her line out into the pond. 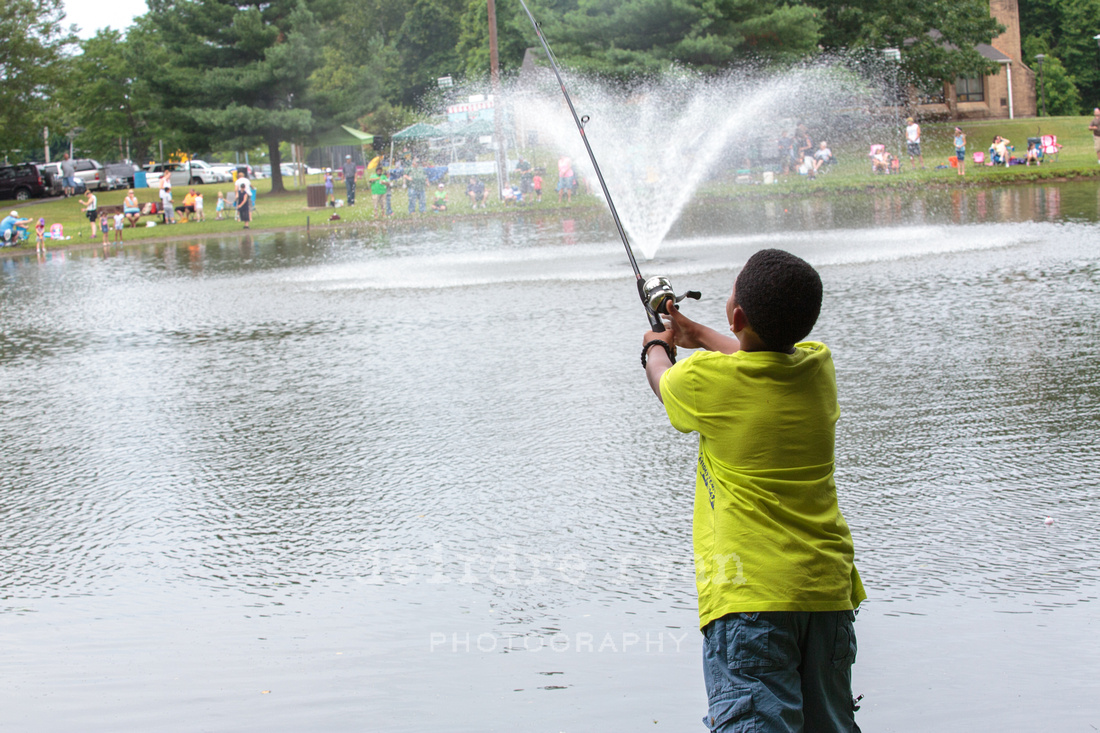 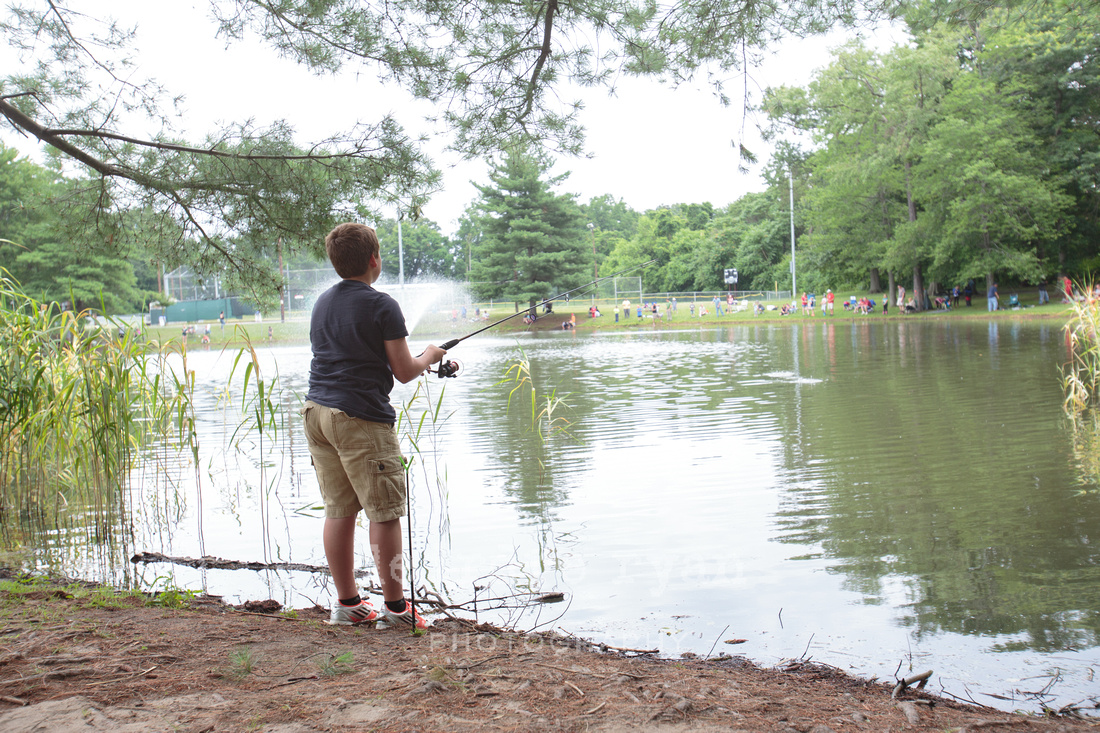 This 13 year old boy found a quiet spot away from everyone hoping to catch something. 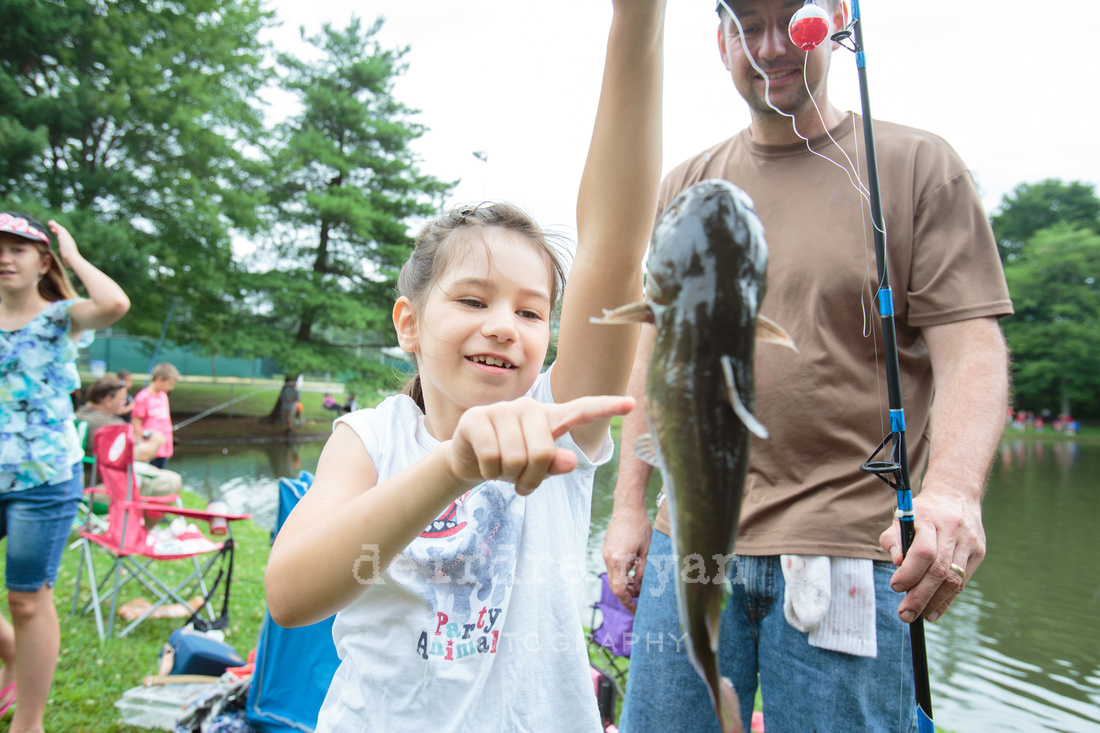 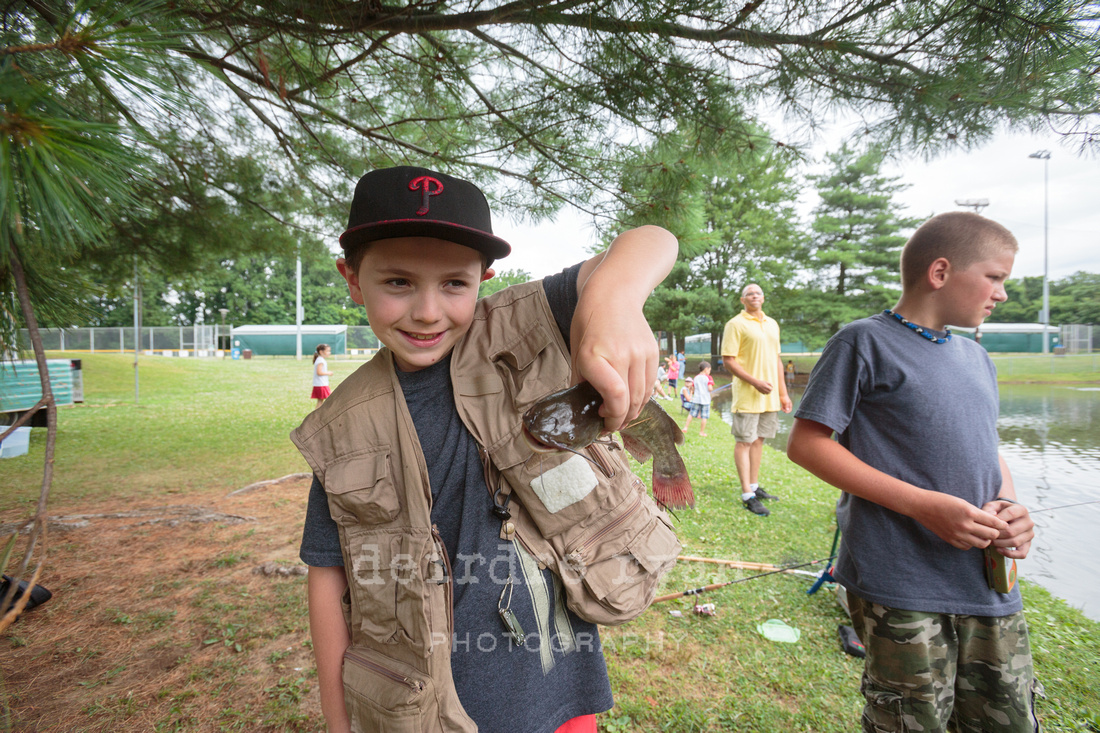 The Florence High School Class of 2014