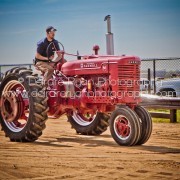 What is a tractor pull?
“Truck and Tractor pulling, also known as power pulling, is a motorsport competition, popular in America, Europe (especially in the Netherlands), Australiaand Brazil, which requires modified tractors to pull a heavy sledge (sled) along a 35 ft wide and length of 100 meter or 300 ft+ track, with the winner being the tractor that pulls the sledge farthest. The sport is known as the world’s most powerful motorsport, due to the multi-engined modified tractor pullers.
All tractors, in their respective classes, pull a set weight in the sledge. When a tractor gets to the end of the 100 metre (300 feet) track this is known as a “full pull”. When more than one tractor completes the course, more weight is added to the sledge, and those competitors that went past 300 feet will have a pull-off; the winner is the one who can pull the sledge the farthest.
The sledge is known as a weight transfer sled. This means that as it is pulled down the track, the weight is transferred (linked with gears to the sledge’s wheels) from over the rear axles and towards the front of the sledge. In front of the rear wheels, there is a “pan”. This is essentially a metal plate and as the weight moves over this the resistance builds. The further the tractor pulls the sledge, the harder it gets.
The most powerful tractors, such as those in the 4.5 modified class in Europe, can produce over 10,000 bhp.”
Wikpedia
This particular event was with the Central Jersey Tractor Pullers Association. At the Burlington County Fairgrounds in Springfield, NJ, there is a special area and track that was built just for these events.
I must say this event was AWESOME! I love cars and trucks and other mechanical things, so this was a lot of fun for me. I met a lot of really nice people and they took the time to explain what was going on and everything. 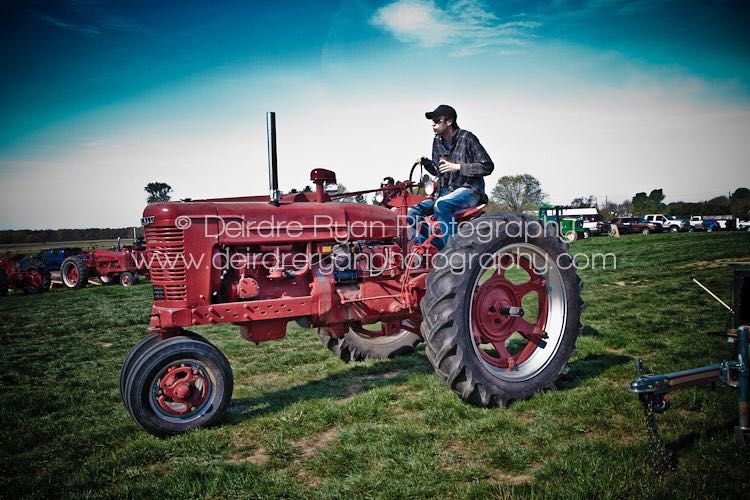 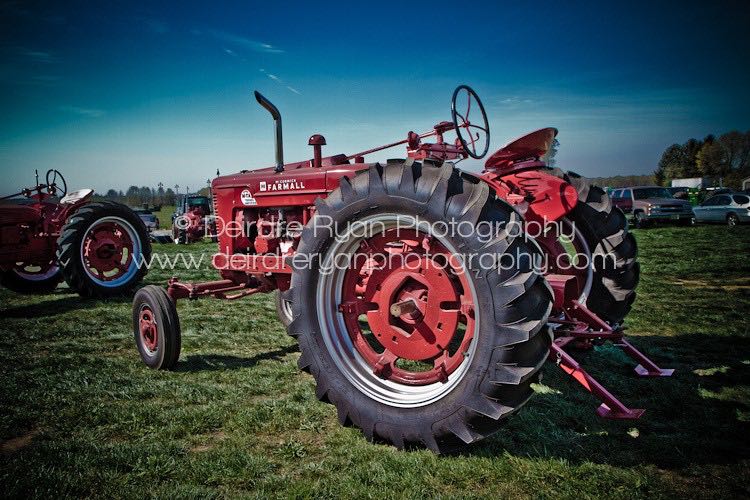 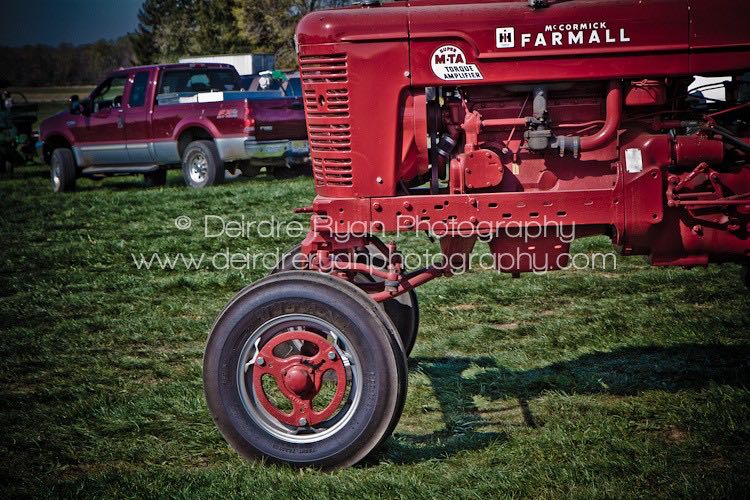 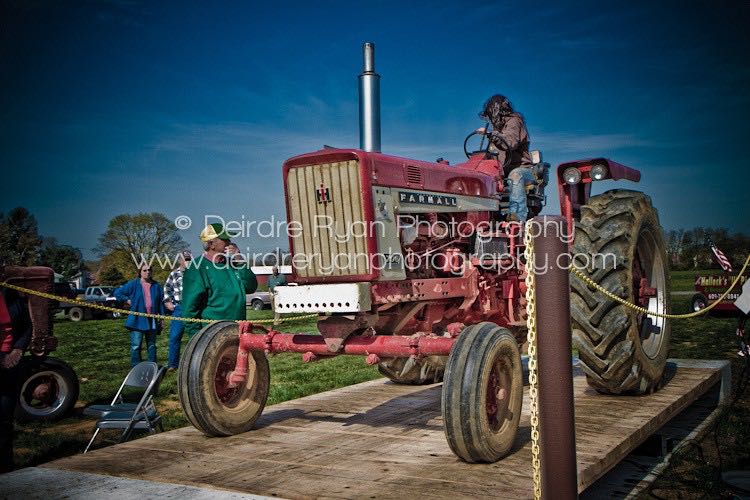 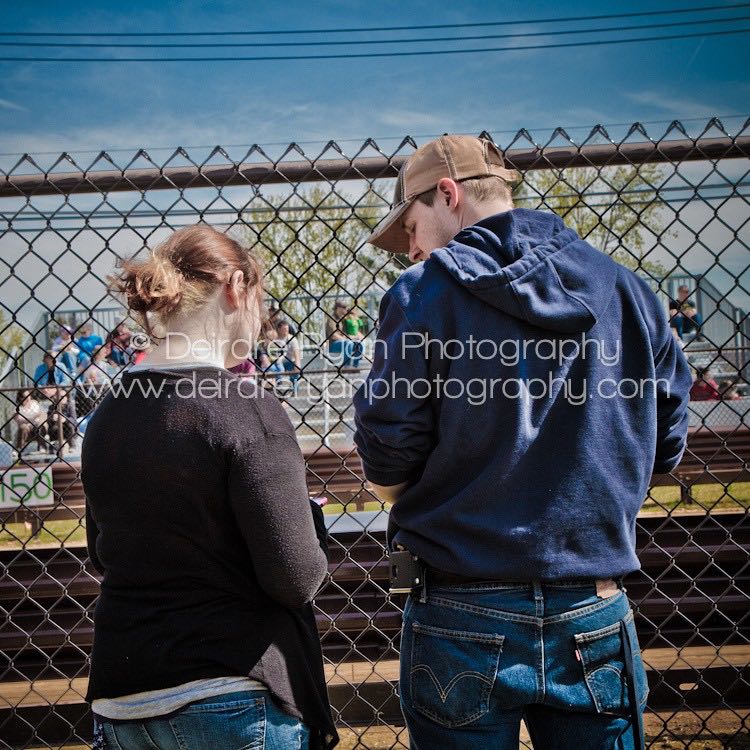 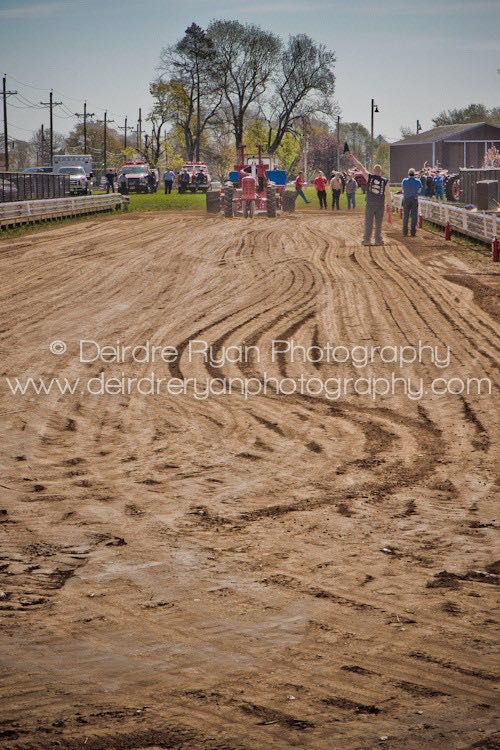 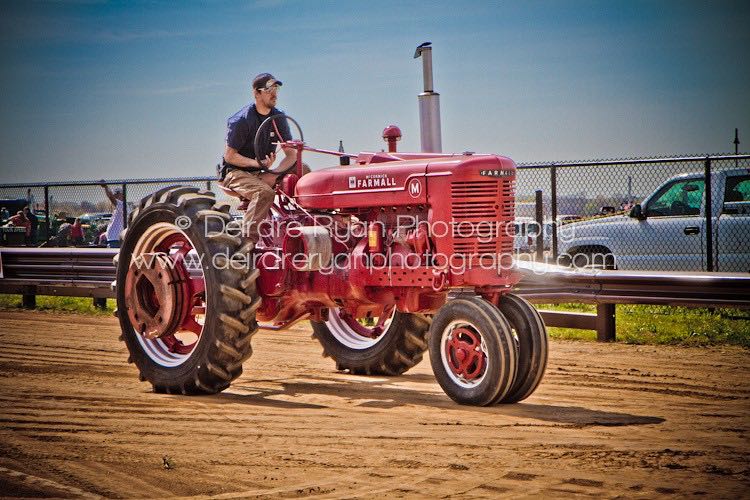 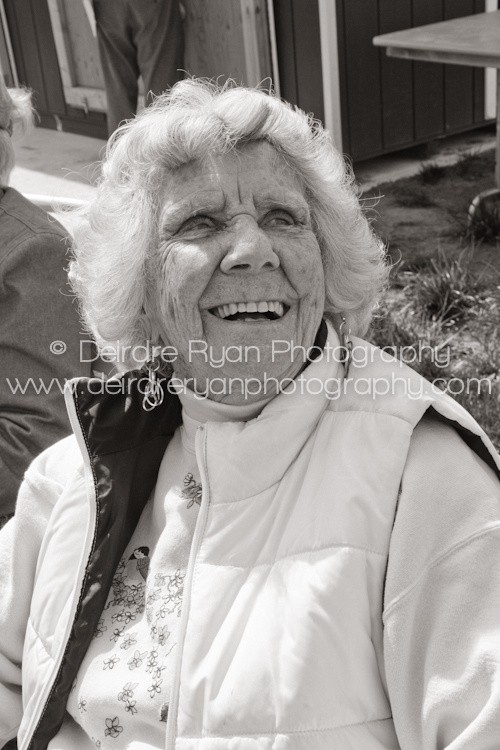 Edith Sprague of Borden Dairy who owned Elsie the Cow. 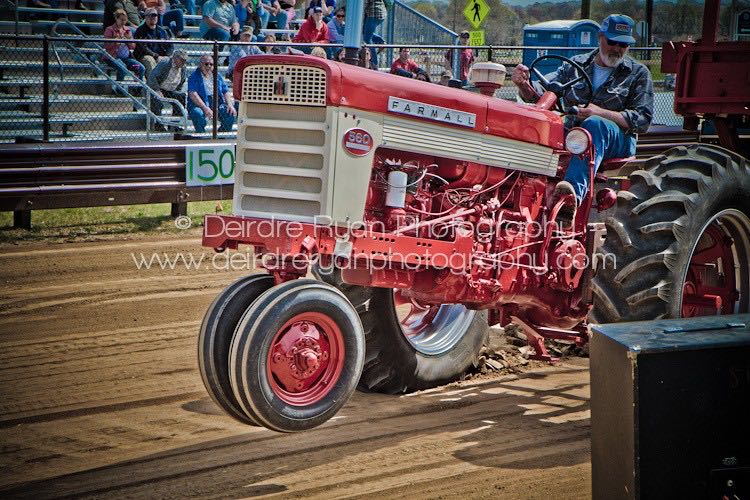 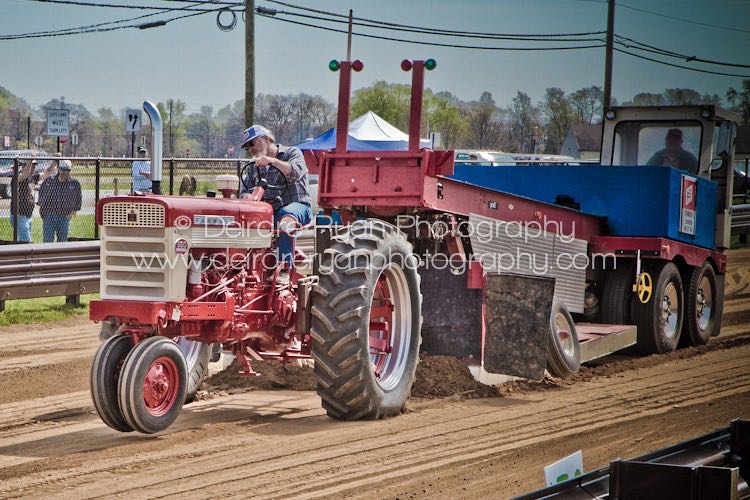