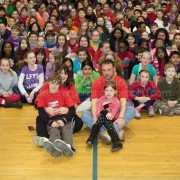 Article by by Amy Batista, Special Writer Published on Thursday, March 6, 2014
The Register News
Students at MacFarland Intermediate School wore red and purple to honor a fellow student on Rare Disease Awareness Day last Friday.
Fifth grader Daniel Applegate, of Bordentown Township, was diagnosed with Evans Syndrome on Dec. 19, 2011 and is in remission.
Evans syndrome is a rare autoimmune disorder in which the body makes antibodies that destroy the red blood cells, platelets and white blood cells, according to www.evanssyndrome.org.
During the awareness day, students wore red and purple to symbolize red blood cells and platelets, respectively, said Dawn Applegate, Daniel’s mother.
Late in 2011, the first indication that something was not quite right with Daniel was the yellow coloring of his eyes and skin, which was noticed by his teacher. ”We (then) called his primary doctor and they said take him straight to the hospital,” Ms. Applegate said. Daniel was transferred to the Bristol-Myers Squibb Children’s Hospital at Robert Wood Johnson University Hospital in New Brunswick where he underwent rounds of testing and was ultimately diagnosed.
Toward the end of the awareness day students met in the gym for a group photo . ”I am so proud of all of you (for) supporting your classmate in this endeavor,” Principal Megan Geibel told the students, and explained to them the importance of what they were supporting through the awareness day.Also, announcements were made throughout the week by the student council explaining what the day was about and rare diseases.
Student Council President Christie Diaz took a few minutes to address the students as well and thanked her classmates for joining them.
”Rare Disease Awareness Day is held on the last day in February to raise awareness for rare diseases and to improve access to treatment for individuals with rare diseases,” said Christie.
Daniel a was joined by Ms. Applegate, his father Chris and sister Jessica, 8, for the special gathering.
Ms. Applegate said the challenges the condition presents Daniel varies.
”If his white blood cells are down, he can’t fight off infections,” she said. “If his platelets are down he can hemorrhage.”To help him fight infections, Daniel has to wear a surgical mask whenever his white blood cell counts are low. Daniel has gone through nine blood transfusions and several platelet transfusions, resulting in a lot of missed school, she said.
However, things are looking up since his remission last September.”He has been doing really good,” she said. “Remission is (that) his counts are normal now because of his transfusions. We are hoping his counts stay up.”
The family has been doing fundraisers for Children’s Hospital of Philadelphia to help raise money to find a cure. The next fundraiser the family is helping is scheduled for the Green Day Fair on April 25 at Joseph Lawrence Park.
Principal Geibel thanked Daniel and his mom for sharing his story with the students.
”It’s not always easy to share when you are going through such an emotional roller coaster,” she said. “You're a real trooper, Daniel. We're real happy to support your cause.” She again praised his classmates for their support.
”This just shows the compassion that our students have for whole student body as soon as they know it is someone close to home they will jump in and be part of it,” she said.Denise Stachura, Daniel’s teacher, helped organized the event over the past few weeks. ”We talked many days about Evans syndrome,” said Ms. Stachura, recalling how in a show of solidarity, everyone in the class would also wear masks. She further noted they also worked to keep the classroom “as sanitary as possible.””He’s a great kid and a trooper,” she said. “It’s great to see that it’s in remission right now.”
”You just have to keep an eye on him,” Ms. Applegate said, adding that she is watching for his skin to see if it gets that jaundice appearance.
Both the school and the community has been very supportive, she said.”In the beginning it was really hard for us and now it doesn't make it any easier,” said Chris, who explained that prior to remission Daniel would experience pain in his bone and the “pressure” would often to him to wake up in the middle of the night leaving him “rocking back and forth.” They would try to massage the pain in hopes that it would bring Daniel some relief. ”It’s real hard to watch him suffer,” Mr. Applegate said.Ms. Applegate agreed. ”It’s hard when you can’t take the pain away,” Ms. Applegate said.
Mr. Applegate noted for people to realize that there are people many people “silently suffering” out there and not to be quick to judge people and assume they are just in a “bad mood.”
”The main thing that we would like people to know in my opinion is there are lot of people silently suffering and not everyone who seems like they are in a bad mood are in a bad mood,” Mr. Applegate said.
”There are less than a 1,000 children in the world with this,” Ms. Evans said, adding that Daniel has lost three of his friends in the past two years to Evans syndrome.
For more information on how you can join Daniel’s fight, visit his Facebook page at https://www.facebook.com/ChrisNDawn 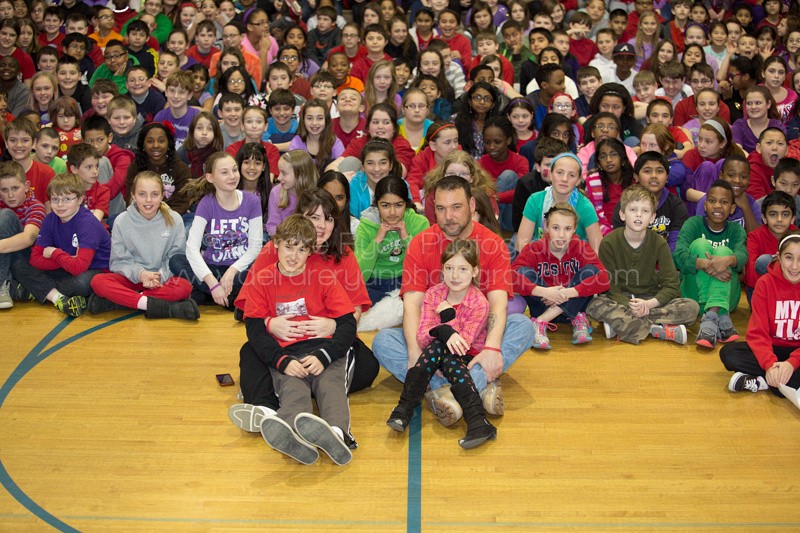 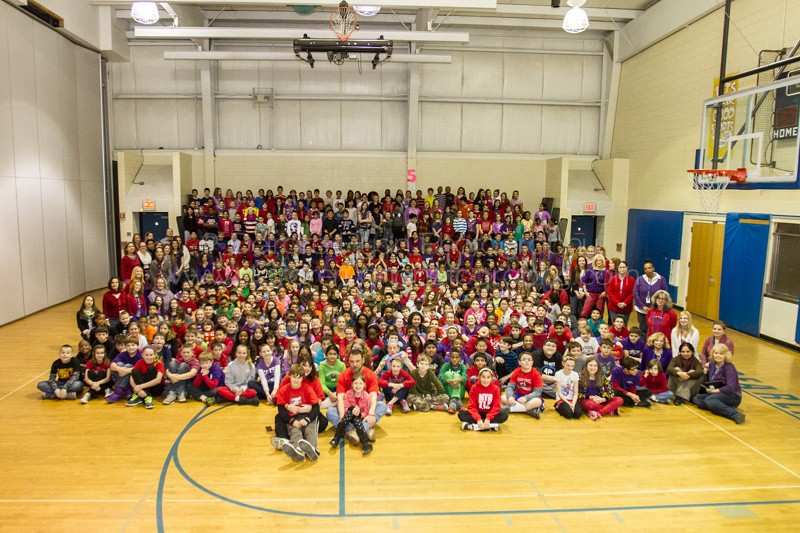 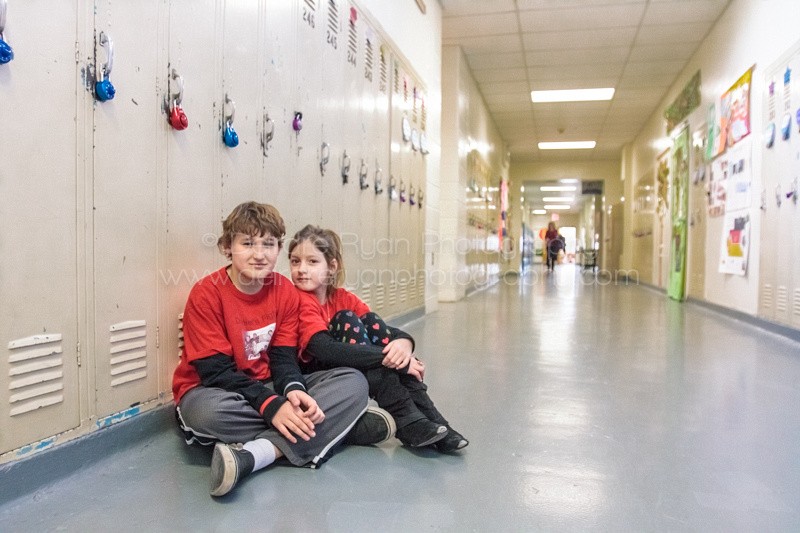 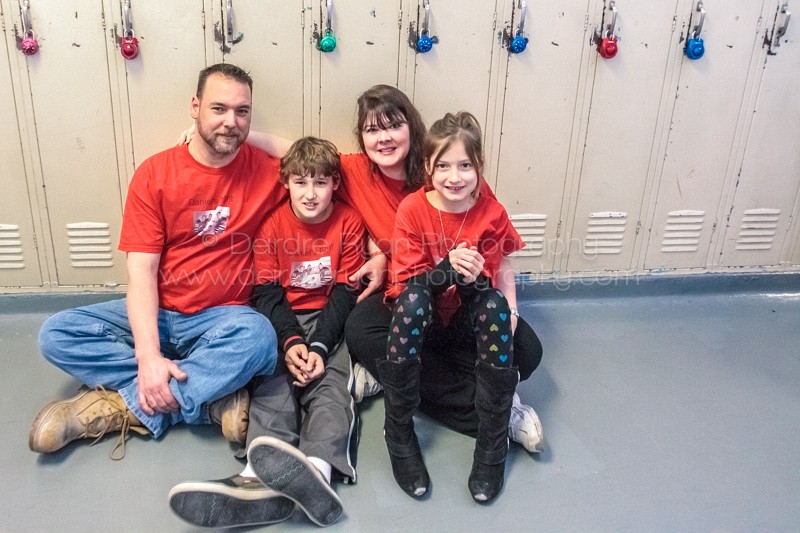 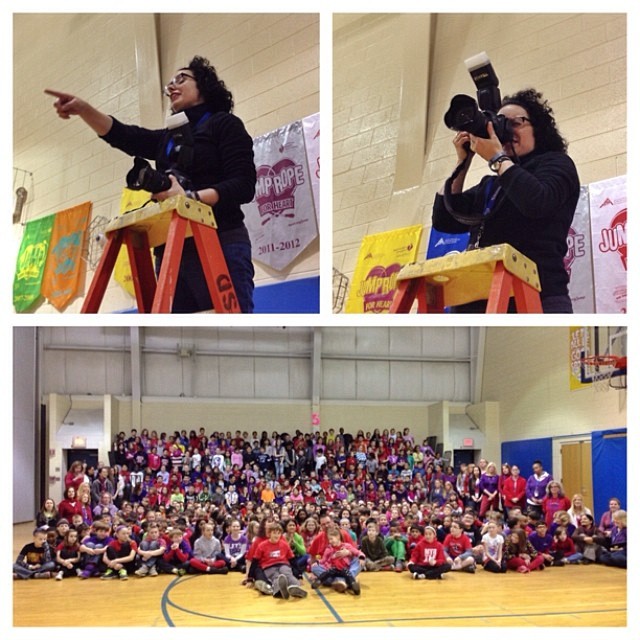 Amy Batista helped me while I was on the tall ladder and also took pictures of me :) Thanks Amy!
http://www.deirdreryanphotography.com/wp-content/uploads/2014/03/p626148325-5.jpg 533 800 Deirdre Ryan Commercial Photography http://deirdreryanphotography.com/wp-content/uploads/2015/06/Logo.png Deirdre Ryan Commercial Photography2014-03-06 15:41:002019-10-17 18:26:02Students At MacFarland Intermediate School In Bordentown, NJ Come Together For Rare Disease Day
0 replies